COVID got you down? Laughter is the best medicine! On October 29th, don’t miss the chance to attend our RMC sponsored free virtual comedy show. That’s right, we said free! A little bit about what you’d be missing out on, if you don’t reserve your tickets today.

London Brown – our headliner London has appeared on the stages of The Comedy Union, The Improv, The Comedy Store, and Gotham Comedy Club. He has even shared stages with Katt Williams, Tony Rock, Kevin Hart and opened on the road for Chris Tucker and many other headliners. Aside from stand up, London also stars on the HBO series “Ballers” with  Dwayne “The Rock” Johnson and played the leading role of “D” on The Hustle. His accomplishments include winner of the first ever Robin Harris Rising Star Award and Best International Comedian at the 2013 Black Comedy Awards in the UK. You will not want to miss out on London’s set. What else do we have on deck for the evening? What about our MC Renée Percy? Renee started her career as “Pipi” on the television series Degrassi High. Since then, her career has included acting, writing, standup and sketch comedy. Her accomplishments include the Canadian Comedy Award and Phil Hartman award. In the US, Renée has opened for comedians Jeff Garlin, Preacher Lawson, Jamie Kennedy, Orny Adams, Michael Rapaport, and Yakov Smirnoff. Renée can be seen regularly in sketches on Jimmy Kimmel, The Thundermans, The Goldbergs, Workaholics, I Didn’t Do It, Austin & Ally, Making History, and Mom. We can’t think of a better MC for the evening.

So who else will be there? London and Renée will be accompanied by comedians April Weber, Tamer Kattan, Jimmy Shin, Adam Barnhardt, and Adam Hunter. Please join us October 29th from 6:00-7:30 PM PST by clicking here to reserve your spot! We look forward to seeing you.

Ready to Get Started? 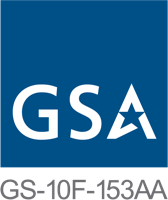